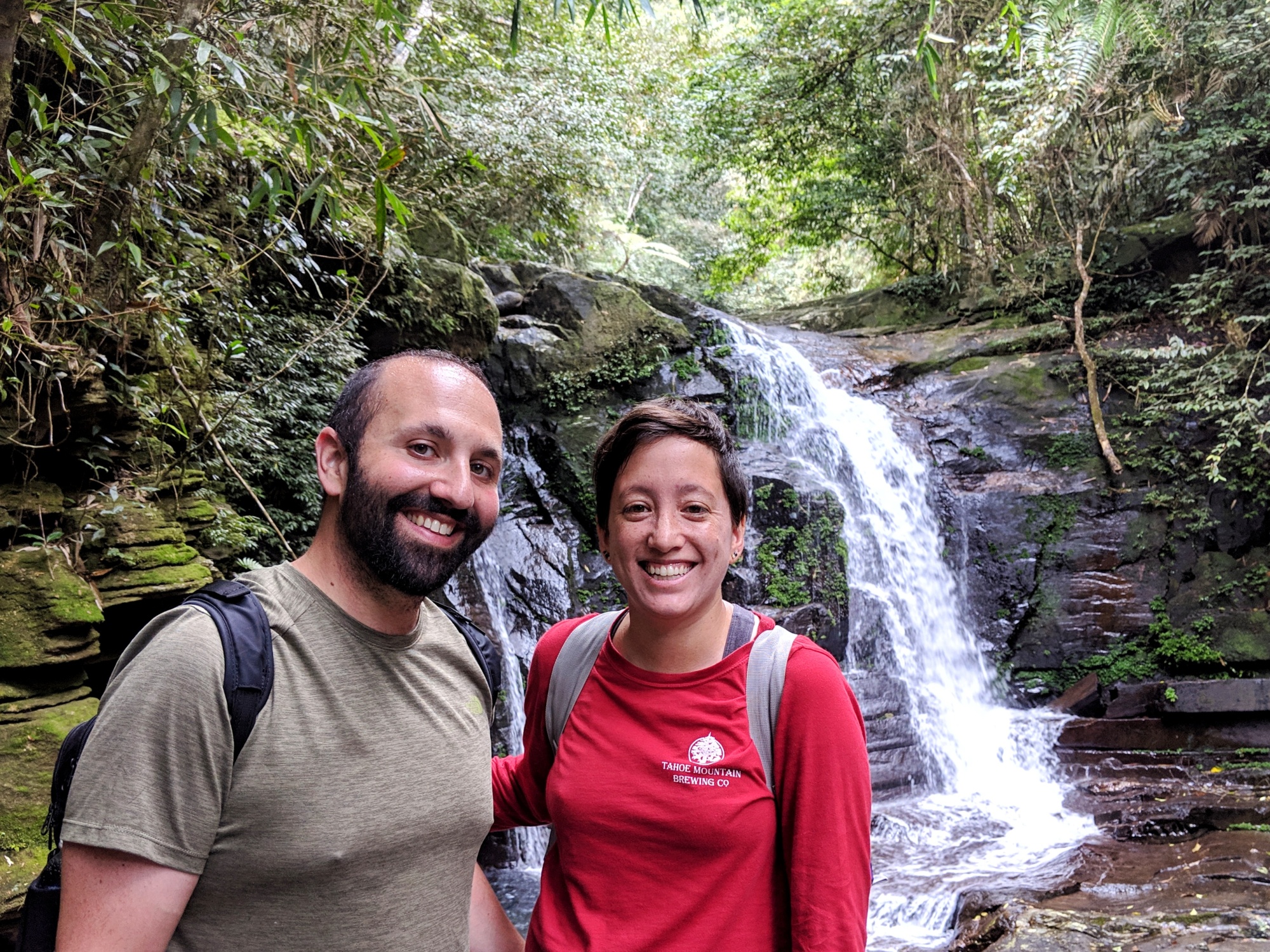 I first came to Vietnam on a family trip about ten years ago. I generally remember not only loving Southeast Asia as a whole but loving Vietnam in particular. I remember the crazy traffic in Hanoi, the storefronts in Hoi An, eating all the delicious food, seeing Ho Chi Minh, and exploring markets. But Mark has never been to this area of the world. He’s been around Europe, experienced some Asian culture visiting various Chinatowns, Japantowns, and Koreatowns, mostly to appease my hunger. But he’s never been to an Asian country before, become immersed in a city and it’s culture.

What did you think, Mark?

In all, we spent 24 days in this country. If even a year-and-a-half ago, you told me (Mark) that I would spend nearly a month in Vietnam, I never would have believed you. And if you’d told me that I would absolutely love every minute of it — the cities, the food, the people — I mean, that’s just crazy talk.

Having never been to Southeast Asia before, I sort of had one amalgamated image of what it all would look, smell and feel like. More than one person told me that Vietnam was their favorite country in this region, but even the name made me a little nervous. I knew it had been decades since the war, but that’s pretty much all I knew about it. And when I told my parents that we were going to travel long-term, starting off in these parts — it’s literally all they knew about it. I was curious how it would go, being an American tourist going through Vietnam. Should we tell everyone we’re Canadian? History aside, with The Orange One currently residing in The White House, that didn’t sound like such a bad idea.

Turns out, throughout all six stops in Vietnam, no one except for other tourists cared that we are American. At most, a local will ask “Where you from?” but when we respond with “U.S.,” they just say, “Oh, ok.” It’s mostly meant for polite conversation and offers a chance for them to practice their English. Only one man seemed excited by our response but Isabel thinks it’s because he happened to know how to say “California.”

Now that we are in Cambodia, we’ve had some time to reflect on our time in Vietnam.

We started in Hanoi, a gritty but eye-opening city, before seeing Halong Bay, a blue-water paradise. Then we headed to Central Vietnam to the ancient port town and beaches of Hoi An, followed by the jungles of Hue. Finally, we ended in Southern Vietnam where we explored a temperate mountain resort town and a modern city.

We’ve mentioned this before, but, we love food. The only tours we booked prior to leaving the U.S. were food tours and much of our time is spent researching new spots to try. We can say this now because we’ve been there:

Vietnamese food is so much more than pho and spring rolls. In every new place, we tried to eat local dishes made by local people (when possible). The food is light but flavorful, very cheap, and consistently good. We found ourselves becoming more adventurous in Vietnam, stopping at random stalls to try something, pointing to unknown snacks to sample, only missing the mark once with douhua, (it was gross). While you can eat street food anywhere in SE Asia, Vietnam has reputation for having some of the best around. Whether we ate literally on the street, in a small, open restaurant or at a night market, street food here was always delicious.

Surprisingly, Vietnam also had great Western food. We’ve eaten great handmade pasta, pizza, burgers, buddha bowls, and sandwiches. The best pizza was probably in Ho Chi Minh City, at a place called Pizza for P’s (Pizza for Peace). We sat at the bar and watched in amazement as the cooks pumped out pizzas.

Vietnam’s recent history isn’t the prettiest picture, but as Mark mentioned earlier, this shouldn’t stop people from traveling there. One can spend their whole time visiting sites related to the Vietnam War, but the country has a richer history beyond this war. Hanoi is home to the Temple of Literature which was built in 1070! Hue originally served as the capital for Nguyen lords, a feudal dynasty from the 17th-19th century. Southern Vietnam used to be apart of the ancient Angkor Empire! Vietnam is a beautiful melting pot of cultural influences, stemming from centuries of invasions and wars: Chinese, Japanese, French, British, and Cambodian influences are evident in the food, architecture, and religions of Vietnam.

Finally, despite what you might read on the interwebs, Vietnam is not just a country of scammers. Is Vietnam notorious for scamming foreigners? Yes. But prominent scams can be found in any country. As I’ve mentioned a million times on this blog, do your research and be smart. For instance, a little bit of time on the web and reading guidebooks will inform you that tours to Ha Long Bay are significantly more expensive when purchased from a tourist agency in Hanoi. Be smart when you find something to eat, find a restaurant that has set prices listed so you don’t get overcharged. Be familiar with the currency to make sure you get proper change back.

There are stories of people getting scammed and ripped off, so I’m not saying it won’t happen. Luckily, we were only ripped off once. Women were constantly offering us donuts in Hanoi and one day we broke down and requested one. Bad idea – no English and no set prices. We wanted one doughnut and we ended up with a bagful and paid $6 when we should have paid less than a dollar. A minor rip off thankfully. Also, the doughnuts were not good.

Vietnam, you were really good to me. I thoroughly enjoyed our time together (especially eating your food). I will return again someday and am excited to see how you will grow. Until we meet again …

Looking back on the last couple weeks in San Francisco. . .
2019 was hands down the best one yet. In a year filled with too many highlights to mention, it just felt right ending it with the biggest one yet.
First hike outing since we moved here. Sure ain’t California, but it’s still pretty nice.
Met Rog @meninblazers tonight. He told me I was a beautiful man. Laughed when I told him I was an Arsenal supporter. We spoke of summer camps and Long Island bar mitzvahs. An absolute legend. #courage #fellowbald #powerbalds #meninblazers #gfop #whenigrowupiwanttoberogerbennett
I guess I listen to Bon Iver now?
Taking Stock now that we’re heading Holm. Thanks to Franco, Patty, and their adorable little daughter for housing and feeding us, and showing us around. A perfect last stop on this incredible journey.